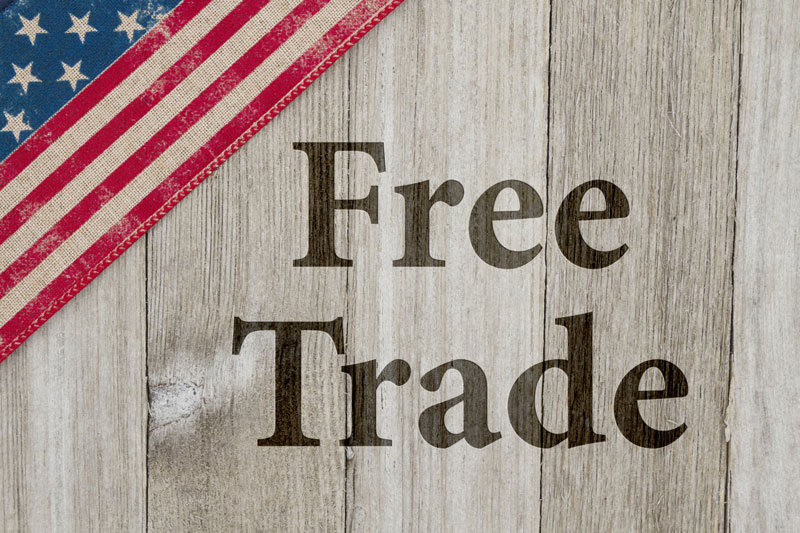 The Trump administration’s NAFTA renegotiation, called the U.S.-Mexico-Canada Agreement (USMCA), may have some very real effects on citizens in the next few years.

Trump toyed with the idea of backing out of NAFTA entirely, but things panned out diplomatically, and the three countries have negotiated a new deal that must be ratified by the respective countries before it can go into effect in 2020.

The main purpose of NAFTA, and consequently The USMCA, is to keep North America competitive in the global economy through mutual respect and support. What has changed with the new negotiation?

It appears there are 5 main areas affected by the renegotiation.

The USMCA calls for a number of changes in the automobile industry. First, the agreement states that three-quarters of all car parts need to be made in the United States, Mexico, or Canada for that vehicle to be sold without any tariffs.

Additionally, 30 percent of the work done on an automobile has to be completed by someone who makes 16 dollars an hour or more. Experts say that these changes should spark an uptick in the price of cars in the near future.

Whether these negotiations will be significant enough to change the way you ship your goods is up for debate. The costs of the tariffs will be dependent on each vehicle, making things a little tricky logistically.

The United States will now have a bigger role in Canada’s dairy industry. Canada previously had a high price on dairy, improving the lives of their farmers, but limiting the amount of dairy imports.

The USMCA will set restrictions on how much dairy Canada can export while increasing the amount that can be imported from the United States.

United States drug companies will now be able to export their products to Canada for ten years, as opposed to the previous eight before those products are subjected to generically produced competition.

This point, of course, is a big benefit to U.S. pharmaceutical companies.

Donald Trump has regularly threatened to place heavy tariffs on foreign automobile parts in an effort to promote domestic growth. Canada and Mexico have been assured that those tariffs if they are enacted, will not apply to them.

Chapter 19 is a law that regulates dumping. It states that countries can question and challenge another country’s dumping regulations.

Dumping is the process of a business exporting a good at a price lower than it charges its own country.

Looking Down the Line…

The agreement states that all countries involved will review the document after six years have passed. Additionally, these rules and regulations have yet to be ratified by each respective country.

This reality means that all the regulations are not set in stone, and there is a likelihood that the agreement is heavily renegotiated in six years when current administrations have moved out of office.

Keep an eye out for updates regarding the USMCA. While the agreement is relatively firm, there is still room for changes before each country ratifies. This NAFTA renegotiation could have serious effects on North American trade, but it looks as though most of the changes favor the United States.

If you are looking to learn more about the state of modern shipping and logistics, we have the information for you.

Atlanta Customs Brokers is one of the oldest and most trusted customs brokerage and shipping firms in Atlanta.  Established in 1985, our company has been a fixture in and around the Atlanta airport and Savannah port for more than 31 years.  We enjoy working with our international partners and enjoy what we do.  If you are a first time importer or exporter or a large corporation, we can handle your needs.